Well, it happened already! The site just went live 4 days ago (January 19th, 2015), and I already referred one of my chess parents to it. She was asking about USCF tournaments – “What should I expect?”

I designed the site with the hopes that you (the parents) will feel more comfortable in the world of scholastic chess. I’ve been in the worlds of travel soccer, Little League Baseball, and high school football (our first son – Ryan), plus Robotics Team, Drama, and especially Marching Band (our second son – Jackson). And, with each new group, I wished that someone could direct me to a video or something that would give me a good idea of what we were facing!

I still have a lot to add to this site, but for now, among other answers, you can see:
● What is the USCF?
● What should I bring to a tournament?
● Are there rules of chess and tournaments that my child might not know?
● How do we know who she plays next round?
● Will he get a trophy?
● What books and apps do you recommend?

I recommend starting with the article written by Brad Rosen for the Illinois Chess Association. His son is an extremely strong player (now in college) who is also a well-balanced young man (this says volumes!). This article is actually under the Road to Chess Improvement page because it touches on that subject.

After reading his article, grab your favorite beverage and watch the 3 slide shows I compiled. They are in the Chess Parent 101 section. After watching these (total time will be about 25 minutes), you will be MUCH more knowledgeable about scholastic chess!
Okay, I’ll stop writing and let you dive in. Thanks so much for involving your child in chess!

Connecting parents to the chess community. 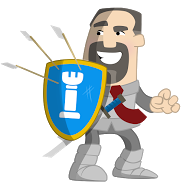